I started riding for Madrid back in 1981 or so. I was traveling everywhere, doing demonstrations and skating hard. In 1986, Alva Skates made me an offer to skate for them. If I recall correctly, the team on Madrid had dwindled away. I had always looked up to Tony Alva since I was a kid, so when he made me an offer to ride for them…  how could I say ‘No’ to that? The Alva team consisted of Cooksie, John Thomas, Jef Hartsel, TA and Fred Smith. As soon as I got on Alva, I continued doing demo’s as I had been scheduled while still on Madrid. I scheduled most of these myself. I was on the road all of the time, hence the name ‘Nomad’. I had friends in Mississippi and they traveled and skated everywhere. The called themselves ‘Nomads’. I became one of them and as I started signing boards or wherever I was, I’d write Bill Danforth Nomad. I was throwing it back to my roots.

My board came out on Alva rather quickly, as I already had a template that I liked. I sold a ton of boards on Alva. Several thousand a month. I never have stopped skating unless I was injured. How can one stop skating? Although I don’t skate as much as I once did, as long as I have a skateboard under my feet and I’m having fun, it is all that matters. I would like to thank Alva Skates for believing in me and doing this board release. Come join us in San Diego on Saturday afternoon. I dedicate this release to Bryan Hankus, a fallen brother who rode an original Alva Danforth model. – Bill Danforth 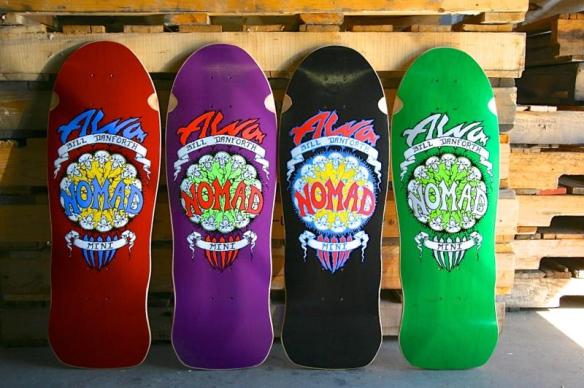 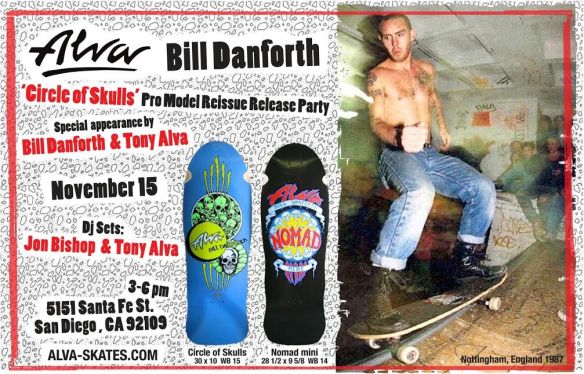