In 1978, Henry Hester stepped up and organized a series of contests that would include bowl and pool riding, pipes, half pipe and other skateboarding disciplines. These events were heavily attended by a Who’s Who of the skateboarding world. The magazines at the time were biased in their coverage and there were many skaters from all over that were ripping and receiving no coverage. Each magazine had its ‘guys’. In my opinion, little has changed. That is another story altogether… The Hester Series brought everyone together. “Put up or shut up.” Mouths were closed. Some mouths were opened and some tongues have been wagging ever since. It was a different era. Henry Hester wasn’t sure exactly how to judge things. He did his best. Kudos to him. We had the Hester Series One in 1978. The contests were held at Spring Valley, Upland, Newark and Big O. Legends were made. 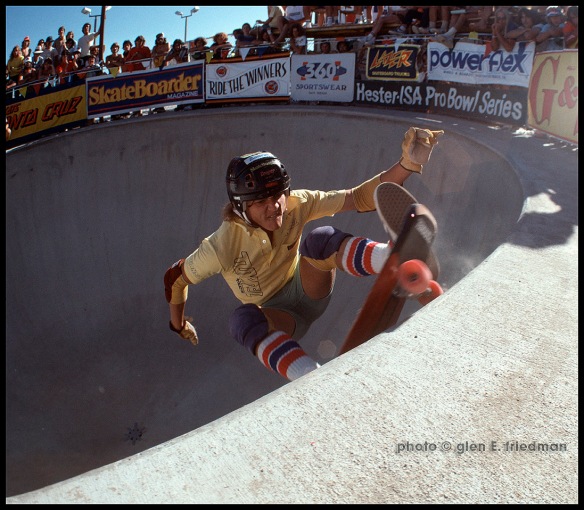 The skateboard magazines were filled with glossy images of Rick Blackhart, Steve and Micke Alba, Kirk Talbott, Stacy Peralta, Duane Peters, Tony Alva, Steve Olson, Eddie Elguera and others. These photographs adorned the walls of skateboarders around the world. It was a new era.1979 dawned and the Hester Series Two was organized. The contests were held at Winchester, Hi Roller, Del Mar, Whittier and the final in Upland.

The Gold Cup Series followed in 1980. Contests were held at Oasis, Big O, Colton, Marina and Upland. Skateboarders around the world saw some of the same names in the magazines but would come to know an entirely new crop of riders. The Gold Cup amateurs were lethal. They grew up in the skatepark pool, trick to trick era. Surf style was being saturated by technique and maneuvering. Older skaters shrugged and questioned, “What the hell does a Pogo Rock or a Handplant have to do with surfing and style?” What was happening? Time would tell. 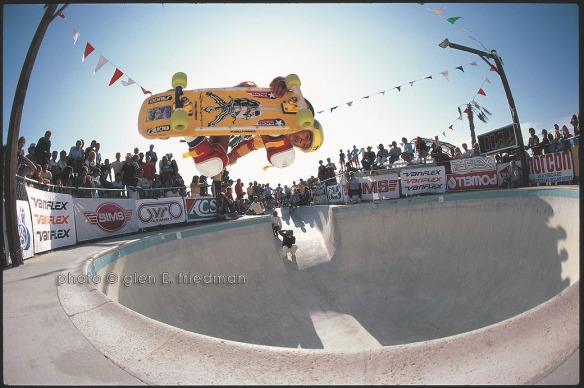 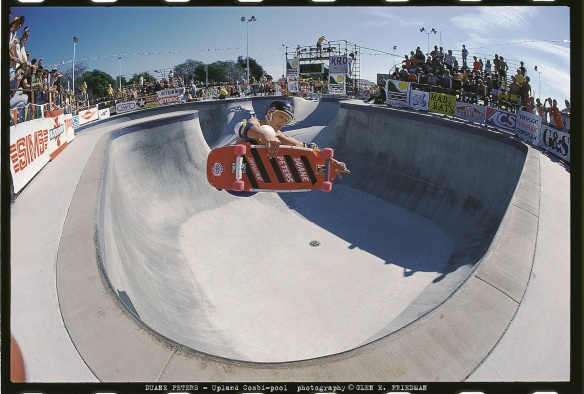 These Gold Cup amateurs would change the face of skateboarding. John Tex Gibson, Billy Ruff, Lance Mountain, Neil Blender, Christian Hosoi and others of the Gold Cup were upstarts. Taking what Eddie Elguera, Steve Caballero and the others did in the Hester Series, they’d push the bar even higher toward an unlimited future. We live in that strange new world. Skateboarding has become what it is. It manifests itself differently for each of us. To a guy like Tony Alva, skateboarding is completely interwoven with surfing. Symbiosis. To a skater like Bert Lamar, perhaps skateboarding was consistency and tricks. To someone else, it could be a combination of both. So many creative skateboarders came before us. In this time, we have lost some of them. Legacy. Timelessness.

Eddie Elguera has decided to hold an event which will commemorate the contributions of the Hester Series and Gold Cup Series riders. It is going to be held in Palm Springs this month. I urge everyone to attend. It will be a wonderful tribute to the early surfers and skateboarders that helped to pave our way of life. Thank you to Jim Goodrich, Glen E. Friedman and William Sharp for the images. Skate- Ozzie